Here’s How Helpful LinkedIn Recommendations Are, According to 16 Hiring Managers 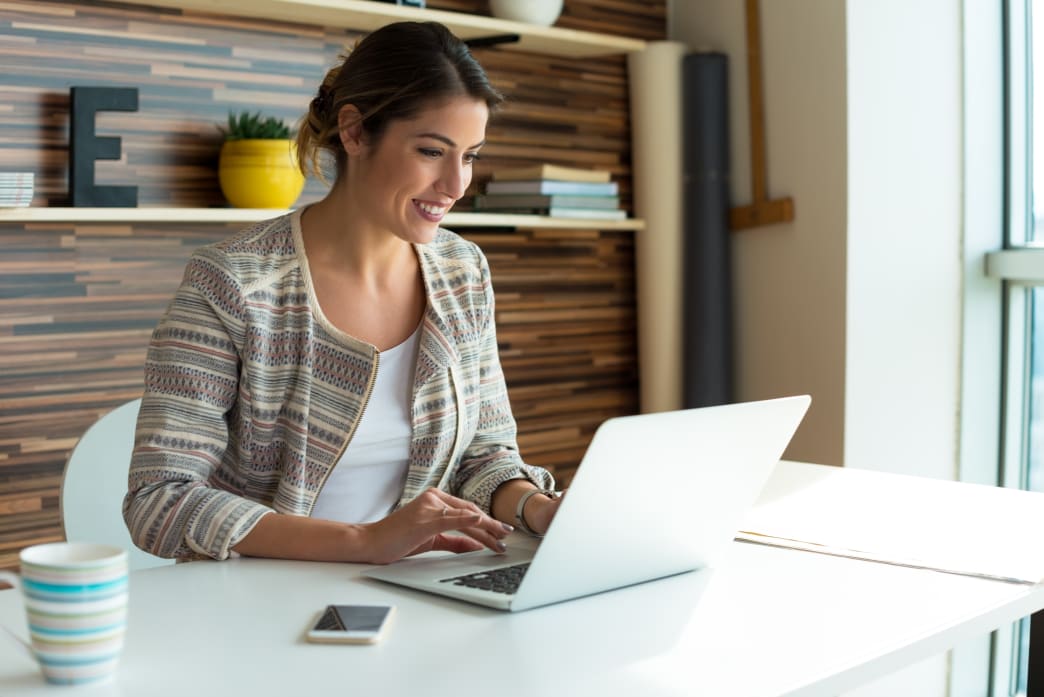 Endorsements and recommendations are NOT the same.

We live in an evermore hyperconnected world in which many people are getting jobs already based on word-of-mouth recommendations and connections—someone always knows someone who knows someone with whom a job seeker could connect via some form of social media. So do hiring managers even read the recommendations and endorsements on LinkedIn anymore (or have they ever)? And, if so, how important are they?

Here's what the experts had to say.

"For me, I will always look at someone's LinkedIn profile, including the recommendations, and positive recommendations are a plus," says Stacy Caprio, founder of Growth Marketing. "They also reinforce that I want to hire the person if they have multiple very good recommendations. However, not having recommendations is not a dealbreaker. I will still talk to the person, look at their work, and make a decision to hire them based on first-hand information."

"They are hard to acquire and people's names, faces and public personas are on the line when it comes to vouching you—the more you have, the better, simple as that, says Joey Rahimi of Aiken House. "It is very rare that anyone has more than a few, unless they take their career very seriously."

"LinkedIn recommendations acts as proof that the skills and credentials on an individual's profile isn't simply made up or exaggerated as an attempt to appear more qualified than they really are," says Steve Wang, a former human resources representative and now hiring manager and recruiter. "That being said, endorsements are not that big a deal to most hiring managers. For one, endorsements can be faked or paid for. There are services online that sell fake LinkedIn endorsements and connections, so seasoned recruiters aren't going to see a lot of endorsements for a candidate and immediately jump to any conclusions. Another thing to consider is that recommendations and endorsements are not too hard to get if you simply ask for it. Coworkers, friends, family members or just about anyone you know with a LinkedIn profile will most likely be happy to give you a recommendation or endorsement if you simply ask for one. For most hiring managers, recommendations on a LinkedIn profile simply show that the candidate is making a strong effort in their job search. It's not something that will ultimately sway anyone's mind. In the end, hiring managers will determine who moves on to the next phase of the hiring process by looking at the candidate's overall work experience and credentials."

"[LinkedIn] is unequivocally the most important resource for managing a dynamic career for a number of very significant reasons: 1) Your LinkedIn profile is your online DNA and can and will be used as a way to measure your value; 2) The larger your LinkedIn community, the more likely you will be viewed as 'connected' to a community; 3) It is an incredible resource for gathering data and insights on people and companies; 4) It is invaluable when the inevitable happens and you find yourself in job search—presto ... an instant network," says Roy Cohen, career coach and author of The Wall Street Professional's Survival Guide. "But LinkedIn recommendations have zero value. Because my clients are leading, in large part, busy lives and navigating dynamic careers, they have no choice but to be extremely rigorous in monitoring how they allocate their time. They all need a LinkedIn profile. That is undeniable in its importance. And it should be populated with exciting and meaningful content. That is what recruiters and network contacts look for when they evaluate a potential candidate or accept an invitation—not an endorsement that was probably written as a quid pro quo. Seeking endorsements rarely adds value to the profile and is ultimately a waste of time to gather."

"I believe that LinkedIn recommendations can hold some weight when applying for a position, but endorsements not so much," says Samantha Lambert, director of human resources for Blue Fountain Media. "It is so easy (and mindless) to click a button and ‘endorse’ someone for a skill-set on the platform. I can confirm in my own experience. I am being/have been endorsed on skillsets or disciplines that I don’t even believe I necessarily have or use/practice enough to receive ‘kudos’ for. That said, LinkedIn recommendations are at the request of the individual, hence why most are positive in nature. I think incorporating recommendations into the decision-making/selection process for new hires can be beneficial, but it will never replace the weight of formal reference requests/employment verifications and samples of work."

"To me, LinkedIn endorsements and recommendations hold little weight for several reasons: Endorsements of skills on LinkedIn, for example, are a numbers game," says Chris Lee of PurposeRedeemed. "Some people are more engaged on social media; others are not. And every endorsement is treated as roughly equal when, in reality, they are not. Even people with no experience in a topic or skill endorse others for it. Recommendations are a little better, because it's in subjective text. However, it's not a current representation of the individual. If I'm hiring someone today, I don't need to know what his or her colleague thought 10 years ago. I want to speak to recent references."

8. They can "definitely help."

"While final hiring decisions probably are not going to be made based on LinkedIn recommendations, those endorsements definitely can help to get the initial attention of a recruiter or hiring manager," says Christina Van Buskirk, President of Janeiro Talent. "LinkedIn endorsements stand out, especially if they have been made by industry leaders or contacts I already know and trust. If a candidate has a number of great recommendations, it shows that people enjoy working with them, and I would probably like working with them too. It gives a sense of potential culture fit as well."

"In my current role I prepare students on how to put their best foot forward in the job search, including using LinkedIn to the most advantage," says Alexander Lowry, a professor of finance at Gordon College and also the director for the school's Master of Science in the financial analysis program. "I’ve been a hiring manager in my previous 20 years in the business world. I can unequivocally say these features do not matter. They hold no sway or influence over the majority of hiring managers. Basically we all know these are manipulated. People trade these back and forth. And many people giving them aren’t experts in the field—so on what basis were they given? And yet we all persist in using them. Myself included. On the off chance the one random hiring manager looks at it."

10. They can "influence or reinforce."

"I read recommendations and endorsements on LinkedIn," admits Tammy Perkins, Chief People Officer of Fjuri. "They can influence or reinforce my opinion if they capture the candidate’s strengths. Ideally, you want quality-written recommendations that capture major success or career milestones with a short summary or a recommendation. Candidates should ask for recommendations from a manager, colleague or client after the successful completion of a project or when they receive praise on a specific accomplishment."

KNF&T’s executive vice president of diversity search and direct hire, Michelle DesChenes, has this to say: “No. Typically speaking, LinkedIn endorsements don’t hold a lot of weight when it comes to the hiring process, and this is primarily for two reasons. 1) The endorsements are typically solicited by the person whose profile it is and, because of that, they’re more biased. In many cases, they’re not from a direct supervisory source either. 2) The endorsements won’t be posted unless they’re good. So, it doesn’t provide a complete picture. When looking for references, it’s better to have direct contact with the references and just use these LinkedIn endorsements as a secondary supplement to what you already have.”

12. They're not the first point of interest.

"When I review a potential applicant's LinkedIn account I do take their recommendations into consideration, but I am much more interested in reviewing other aspects of their background, like their work history and education," says Dana Case, director of operations at MyCorporation.com. "I really like to review their featured skills and endorsements, particularly the latter since endorsements are often given frequently and really showcase where other connections recognize the applicant's strengths within a given industry."

"It’s not a deal breaker one way or the other, but I do like to see a complete, professional LinkedIn profile," says Amanda J. Ponzar, CMO of Community Health Charities. "If I see quite a few people raving about the candidate, it definitely helps put my mind at ease that they have a network."

"I take LinkedIn recommendations with a grain of salt," says Robin Schwartz of MFG Jobs. "Recommendations through LinkedIn are often requested by the profile owner as opposed to being provided without solicitation. This means that profile owners will reach out to those they have strong professional connections and relationships with only. If a recommendation isn’t strong enough, the profile owner has the option not to publish it on their page. My preference remains speaking to potential professional references over the phone, so I am able to ask follow-up questions should I hear any hesitation in their voice."

15. They're only "one piece of information."

"While LinkedIn recs do certainly provide one piece of information, it's critical to look at more," says Fred Rafilson, Ph.D. of BestHire. "It's also critical to select employees with high levels of both grit and integrity. Current research demonstrates that employees higher on these traits are likely to work better in teams, work harder and find more effective solutions. Of course, it’s nearly impossible to identify these traits through LinkedIn recs—but it can be done through psychometrics."

"LinkedIn recommendations are similar to online reviews for products—we know there is some bias," says Dayne Shuda of Ghost Blog Writers. "Someone might leave a glowing recommendation, but within that recommendation might be a kernel of insight. A story. A little clue to the person's character and work ethic. It's always good to get the perspectives of others when you're looking to hire someone or work with someone."

A version of this post previously appeared on Fairygodboss, a leading career community that helps women get the inside scoop on pay, corporate culture, benefits, and work flexibility. Founded in 2015, Fairygodboss offers company ratings, job listings, discussion boards and career advice.

Written by Fairygodboss for Working Mother and legally licensed through the Matcha publisher network. Please direct all licensing questions to legal@getmatcha.com.

How Can We Help?

Ready to stop worrying about your landscaping, maintenance, and facility needs?

Want to join a team with numerous benefits, a welcoming environment, and real career opportunities?